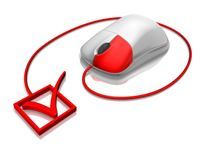 It's early yet, but the early results from the Joomlashack 2009 Joomla User Survey are already sparking conversation about who uses Joomla, and how.

Launched 10 days ago, the Joomla User Survey has already received more than 1,000 responses, yielding a rich pile of data about many important Joomla-related questions, including:

And many more questions. Read on to hear some early results and to comment on the survey!

Haven't taken the survey yet? Want to be entered to win over $1,000 in prizes! Then take the survey!

It's still very early in the survey, but the first 1,000 respondents are already showing us some very interesting results.

Here's a glimpse at the data for a couple of our 20+ questions. (See all the questions and take the survey!)

On the question of using GPL vs non-GPL licensed extensions:

Where do Joomla users get their templates: