One of our goals at JoomlaShack is to make things simple for you.

With that in mind, we merged Joomlashack's Visionary component into Shack Slides. Visionary was an extension that was sold separately that integrated with Shack Slides and allowed you to easily upload images. The goal is help make it simpler for you to work with slideshows.

With the same low price, Shack Slides now includes the features that made Visionary so popular.

If you install or update Shack Slides to its latest version 3.1.4, you will notice a significant change in your Joomla control panel.

And previous version of Shack Slides installed these extensions:

In your Components menu you saw the "Visionary" component: 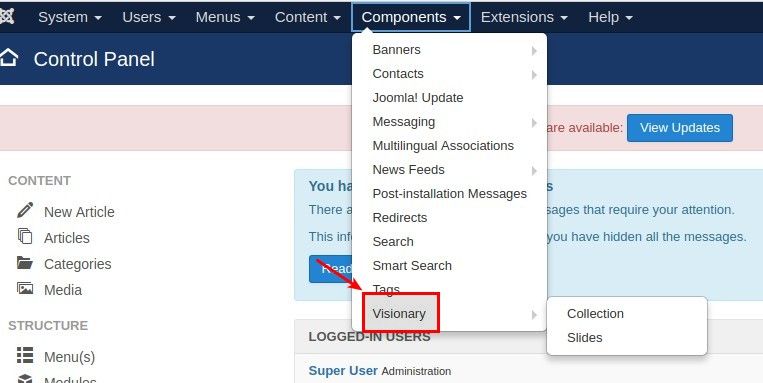 Starting from version 3.1.4, Shack Slides Pro will install for you only two extensions:

You no longer need to download or install Visionary.

Now instead of the "Visionary" in your Components menu, you will see "Shack Slides":

We would like to thank all the Visionary and ShackSlides customers for valuable recommendations that led us to this merger.  If you have further ideas, feature requests or general feedback, please leave us your comments below.