The final version of Joomla 3.5 is here!

We downloaded Joomla 3.5 and tested all the new features. Here are the seven noticeable changes that you'll find in Joomla 3.5:

#1. An item counter inside categories

Category pages in the Joomla admin will now show the number of published, unpublished and trashed items for each category. This works for articles, banners, contacts and newsfeeds.

If you're using TinyMCE, you can pick up any image from your desktop and drop it directly into your content. We covered this drag-and-drop feature last month. 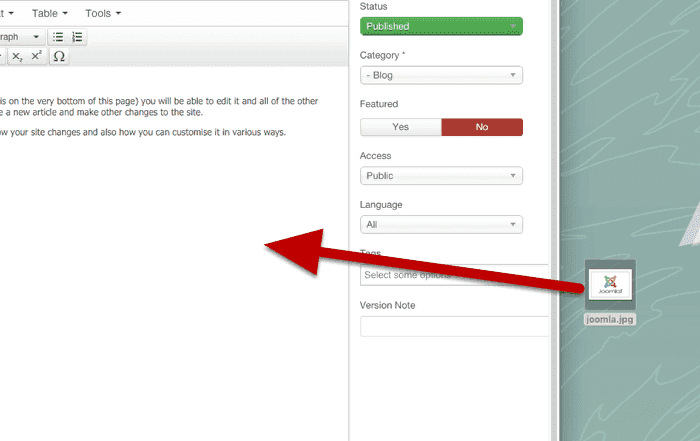 The Joomla core has a plugin that will email you when a new version is released. You can enter a list of multiple email addresses to receive the update notification emails (although the addresses in the list must belong to people registered as Super Users). If you don't do anything here, all Super Users will receive the update email.

This is a minor feature that most people probably won't notice. The bar at the bottom of the admin area is created by the User Status module.

You find this module by going to the Modules area and changing the dropdown from "Site" to "Administrator": 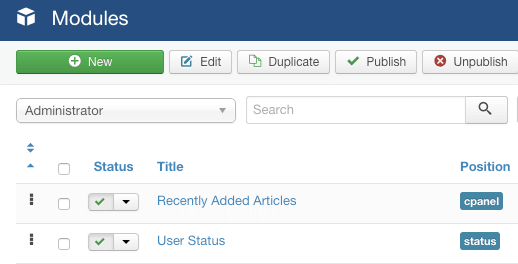 Edit the module and you'll now be able to toggle the User Status features on and off. There's also a new link to open another admin screen in a new window. 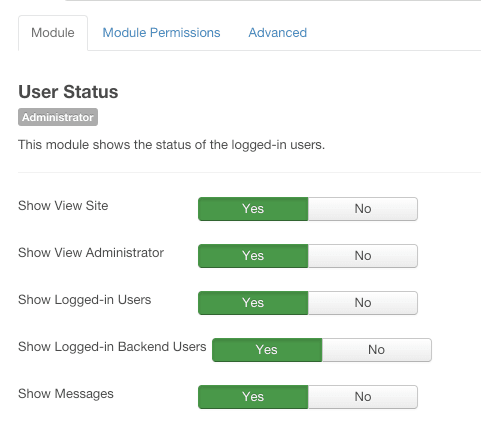 The final new feature in Joomla 3.5 makes it easier to modify Protostar. Currently it's impossible to use a custom.css file and you need to hack the core or copy the template.

Now you'll be able to create a file called user.css inside Protostar. Joomla will now automatically check to see if that file exists. This is a safe way to make changes to Protostar with no core hacks.

The original plan was to call the file custom.css, but that wouldn't work because TinyMCE would load the file and apply the CSS styles to your text editor window.

WordPress and Drupal both collect anonymous data from their users. This covers a variety of information that helps the core teams understand more about their audience and what versions they need support. Joomla 3.5 now has a plugin that will collect similar data. The plugin will collect the Joomla version, PHP version and the database type and version. Each site will have a "Unique id" used to prevent duplicate entries. The Joomla team are working hard to make sure that individual websites cannot be identified from the data.

Some extension developers wanted an easier way to collect information from people's sites that were having problems. If you go to System > System Information, you can now download the site's system and environment information. 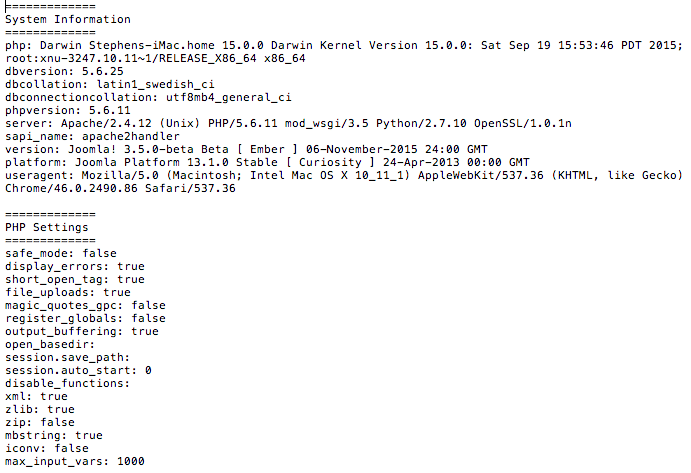