TinyMCE is Much Improved in Joomla 3.2

Joomla 3.2 is shaping up to be one of my favorite Joomla updates.

There are some headline improvements such as the Joomla AppStore and also Versions for articles.

There are also some useful smaller improvements. One such improvement is the move from TinyMCE 3 to TinyMCE 4.

TinyMCE 3 was released in early 2008, and here's how it looks in existing Joomla versions.

TinyMCE 4 was released in June this year. Below you can see how the new, updated version looks in Joomla 3.2. As you can seThe design is far sharper and the icons are far more legible.

There's a dropdown menu which hides some of the more complex settings: 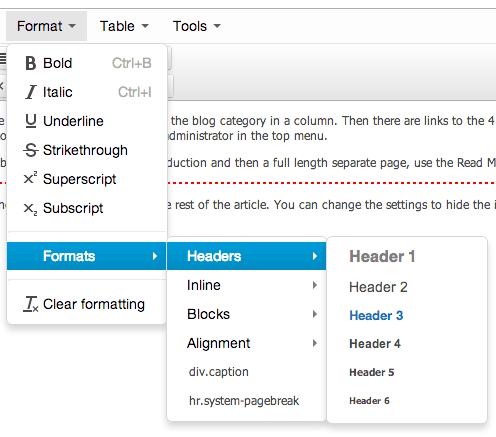 TinyMCE 4 was a major rewrite of the API plus all of the plugins and skins for the editor.

If you're interested in reading more, there's a full introduction at https://www.tinymce.com/presentation/

Some highlights from the presentation:

Importantly for the new, mobile Joomla 3, there's also a much improved mobile version.

In Joomla 3.2, go to Extensions > Plugin Manager > Editor - TinyMCE and you can turn the Mobile Mode on: 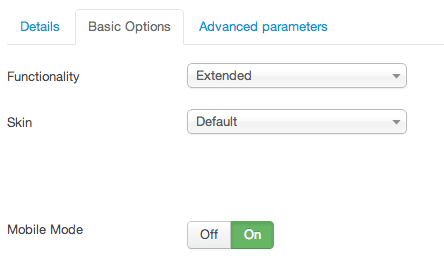 That will automatically provide a simple verison of TinyMCE with large buttons for people to use on their phones. 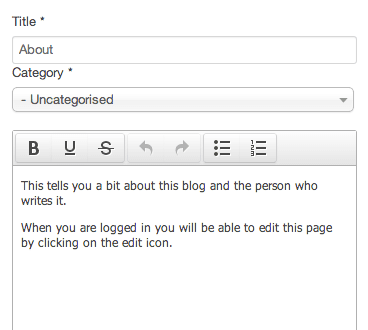