There are two types of markers in Shack Locations:

Let's take a look at both of these marker types.

A single Shack Locations marker pinpoints a single location. One location - one marker.

For example, take a look at the screenshot below. Here you can see two locations of the Soroptimist International clubs in New Zeland: 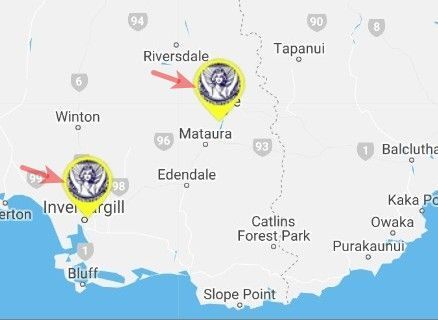 This map directory has been created with Shack Locations.

Each location on the map here has its own marker.

When you zoom out of a Shack Locations map, a few closely located locations-neighbors will most likely overlap. Their single markers will overlap as well.

What marker of the few locations should Shack Locations display to the map viewer in such case? It actually displays neither of those.

Instead, it combines such geographically close locations into a cluster. And it assigns the cluster a special marker with the number of locations included in the cluster.

Let's get back to the map directory our two Soroptimist Clubs. When you zoom out their map, you will see these two locations get clustered.