What Stands Between Joomla And World Domination? 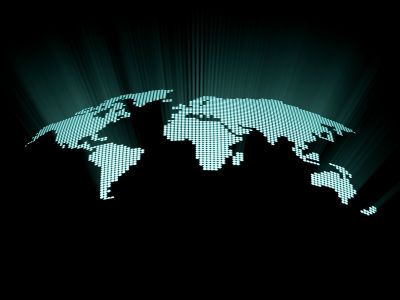 Joomla is often described as the "middle child" of content management systems, wedged in a sweet spot between the popular Wordpress blogging platform and the niche system Drupal.

It offers website builders a chance to explore more options and attempt more ambitious website designs without the requirement of highly-skilled programmers.

And like most middle children, Joomla has some issues that has held it back from dominating the market.

Here's a quick overview of the problems Joomla has to deal with and how we might overcome them.

Joomla's overall popularity peaked in April 2009. While Drupal maintained a small but consistent level of interest and WordPress forged ahead with ever-growing amounts of attention, the number of people seeking Joomla information online went into a nose-dive for the next four years. (For a possible explanation, see the "fast development" section below.) With ever-more powerful releases of the Joomla CMS recently, this trend appears to have stopped and interest may even be back on the upswing.

The Downside Of Passion

Even though the mission of Joomla is to develop an easy-to-use CMS solution that offers both simplicity and power, implementing it effectively is rarely a simple matter. Keeping up with the fast-changing state of Joomla requires constant attention, and that means that "casual" users are both less useful and less capable than passionate devotees. Although a die-hard Joomla fans can do some amazing things with the system, he or she needs to invest a lot of effort into learning how to do so, leading to a relatively small number of contributors to the Joomla core and an increased risk of burnout.

Is Fast Development A Good Thing?

Joomla still has more than enough users and developers to be evolving quickly. This good news comes with a huge caveat, though. Joomla contains a number of "make it work right now" solutions that fall short in the long run. The above-mentioned slip in popularity was likely due to the fact that Joomla 1.5 (the most widely-used version of Joomla) was incompatible with PHP 5.4. When support for PHP 5.3 dried up, a lot of users looked elsewhere for content management tools rather than going through the fairly complex process of upgrading to Joomla 3.

The Wild West Of Extensions

When it comes to extensions, Joomla suffers from another double-edged sword brought about by the open-source community. Where premium CMS tools might have a few dozen extensions, Joomla has thousands. Even the most popular extensions can be extremely finicky, depending on the precise implementation of certain scripts. "Make it work right now" is a problem here, too; an extension that works great on start-up may break horribly during a major site overhaul.

In addition, many popular extensions were developed before a standard development framework and coding standards existed. Thus, code quality and methods for styling extension output varies greatly among extensions.

Despite its wide-ranging ambitions, at its core Joomla is designed to manage a single website. This can be a problem for users who are managing many sites as separate installations are required for each site. Not surprisingly, site management becomes a much more difficult task when you have 50 codebases to update instead of just one codebase powering multiple site.

As we noted above, Joomla 1.5 is trapped in the obsolete PHP 5.3 world. Unfortunately, migrating to the most recent version of the CMS from Joomla 1.5 can be daunting.

While workflows exists for migrating core content, site templates need to be modified or replaced, and extensions updated. Again, the variability among extension developers reveals a wide spectrum of upgrade paths with varying degrees of success.

And finally, just as people were getting their Joomla 1.5 sites updated to Joomla 2.5, Joomla 3 came along. As Joomla 2.5 headed into retirement or end of life, end users were asked to upgrade yet again.

Although migrating from Joomla 2.5 to 3 is much easier than prior migrations, many casual users or non-technical users took the opportunity to switch platforms.

Joomla 3 — a path to salvation?

If Joomla wants to significantly change it's share of the CSM market and push back against the rising tide of new hosted solutions like Wix and Squarespace, it will need to address the issues above in a comprehensive and meaningful way.

Thankfully, Joomla 3 could very well be the version of the software that starts the renaissance as many of the issues have been addressed.

In recent years, the Joomla codebase has moved to Github improving the ability of anyone to submit a code contribution for consideration.

Also, much of the CMS is now covered by unit tests which provide quality control for code submissions and improve consistency throughout the project.

The Joomla project has also adopted a backwards compatibility policy for Joomla 3 which has led to smoother upgrades. Along with a new roadmap and a guaranteed 2-year minimum support window, this means that the shelflife of Joomla 3 will be much longer than for previous versions.

And compared to Wordpress and many other platforms, Joomla features a mobile-friendly infrastructure out of the box, a modern codebase, native multilingual capabilities, an extremely powerful permissions system and a highly customizable template engine.

With the rise in popularity of professional services for Joomla covering topics such as hosting, training, remote backup, security scanning, and software updates, perhaps it's not too surprising that Google queries and downloads for Joomla are starting to rise again.