Joomla 3.4.4 Removes "Manager" from the Administrator

Mostly version 3.4.4 aimed at fixing some small bugs, although there was one low-level security fix.

However, there was one noticeable change that will impact our videos, books and blog tutorials. The Joomla team removed the word "Manager" from all administrator links.

Links that were "Article Manager" and "Category Manager" now read simply "Articles" and "Categories". Here's a visual overview of the changes, thanks to the Joomla team on Github:

An Introduction to Gantry 5 from RocketTheme

The Gantry 5 framework was recently released and I have a series of five blog posts coming up to help you get familiar with it.

Gantry 5 is the successor to Gantry 4, which has been around for quite a while. Gantry is a free template framework that is very popular among Joomla and WordPress users. It is also used (and actually maintained) by the RocketTheme team.

While Gantry 4 was very popular, it was time for a big overhaul. For this reason, the team behind Gantry decided to rebuild it from the ground up. While this had the disadvantage of losing backward compatibility, it offers the possibility of a really modern framework, ready for the future. A few facts about Gantry 5:

Read more: An Introduction to Gantry 5 from RocketTheme

How to Redirect non-WWW to WWW in Joomla

For SEO reasons, it's best to redirect your non-www site URL to www or vice version.

For example, when trying to access our site via https://joomlashack.com, it redirects to https://www.joomlashack.com. Note the "www" in the second URL.

Read more: How to Redirect non-WWW to WWW in Joomla

OSpam-a-not: A User-Friendly Alternative to CAPTCHA in Joomla 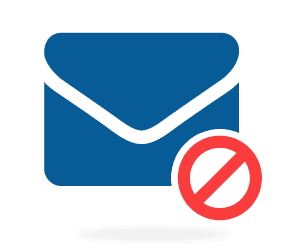 CAPTCHAs do a great job of keeping bots away, but many times it's at the expense of users. They are often difficult to read, slow to complete, and a frustrating experience.

In this tutorial, we'll show you a user-friendly alternative in Joomla. It does a great job of keeping bots away, while adding no extra steps for users.

The solution we'll use is OSpam-a-not. It's a free plugin that adds hidden checks for bots. Real users won't have to do anything extra and won't see it on the site.

If you're new to Joomla, I would recommend reading "How to create a Joomla contact form" before attempting this tutorial. Also, if you want to see a wide range of Joomla forms extensions, check out this guide: The 5 Best Joomla Forms Extensions.

Read more: OSpam-a-not: A User-Friendly Alternative to CAPTCHA in Joomla

Turn on Error Reporting for Joomla Super Users Only

Let's fix that with a plugin called Easy Error Reporting.

What Were You Doing 10 Years Ago When Joomla Arrived?

Joomla is celebrating it's 10th birthday this month.

When Joomla launched in 2005, it was a different internet. There were no iPhones, no Twitter, no Chrome, no Instagram. Social media,  apps and the mobile web barely existed at all. It was a more innocent time online, before Edward Snowden and the NSA.

Fast forward 10 years and Joomla has changed many of our lives. I asked our team this question:

"What were you doing 10 years ago when Joomla arrived?".

Here are their answers. We'd love to hear your stories too - please post them in the comments.

Read more: What Were You Doing 10 Years Ago When Joomla Arrived?

How to See Module Positions in Joomla 3 Templates

If you can see an overview of all the module positions on your site, it becomes much easier to edit your modules and layouts.

However, the ability to see an overview of module positions is disabled by default in Joomla.

Here's an easy way to enable a preview of your module positions in any Joomla template:

Read more: How to See Module Positions in Joomla 3 Templates

The Easiest Way to Create Template Overrides in Joomla 3

And this approach only uses the Joomla administrator. No other software is needed.

How to Query Your Joomla Database with Jumi

Jumi is a powerful extension that allows you to add custom PHP code in your site.

One way to use Jumi is to create custom PHP scripts that can be easily and safely used inside Joomla.

In this tutorial, I'm going to show you how to build Joomla database queries using the Jumi module.

Read more: How to Query Your Joomla Database with Jumi

We answer this question often: "How can I find the version number of my Joomla extension?" So we decided to create a quick tutorial for it.

Some extensions don't display their version numbers within their user interfaces. This tutorial will show you how to find the version number of any Joomla extension.