The OSTraining team took over Joomlashack in April 2016, so we can really only talk about the last 8 months.

However, it's fair to say that the last 8 months were some of the most exciting in Joomlashack's 11 year history.

When we took over Joomlashack in April, we dug deep into every area of the business. By June, we had created a roadmap with 7 bullet points:

It took four months, but the roadmap was complete by early November.

How did we do it? Here are some major events from those four months:

Phew! That was a lot of hard work over the last 8 months. I want to say a huge "Thank You!" to our team:

We have big plans for the future, but this is a post about last year, so click here to read about the 2017 roadmap.

Was it worth all the effort?

That's a question we get asked often:

I can say, unequivocally, the answer is "Yes!"

We're not blind Joomla fanboys. We do a lot of work with Drupal, WordPress, Magento and other platforms too. But the Joomla business has been, and continues to be, very strong.

We lost some historical data from Joomlashack during this year's overhaul, but we have several years of data from Alledia.com and now Joomlashack. 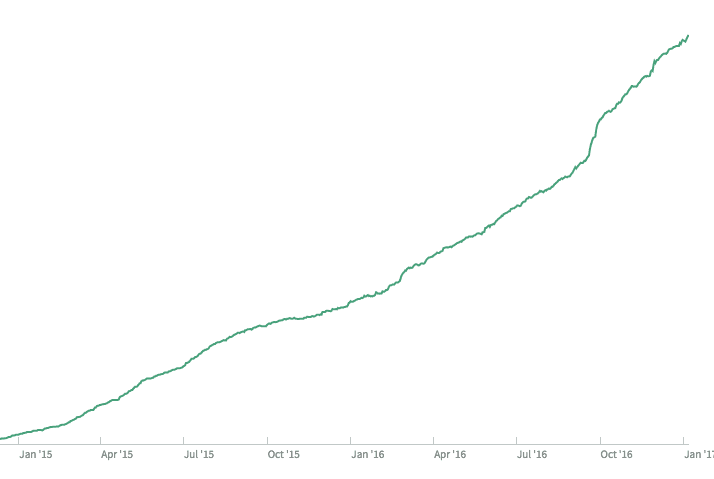 Below is a similar graph showing monthly recurring revenue (MRR) at Joomlashack. In 2016, MRR grew by over 350%. If you think a Joomla business can't be successful in 2017, then you're dead wrong. 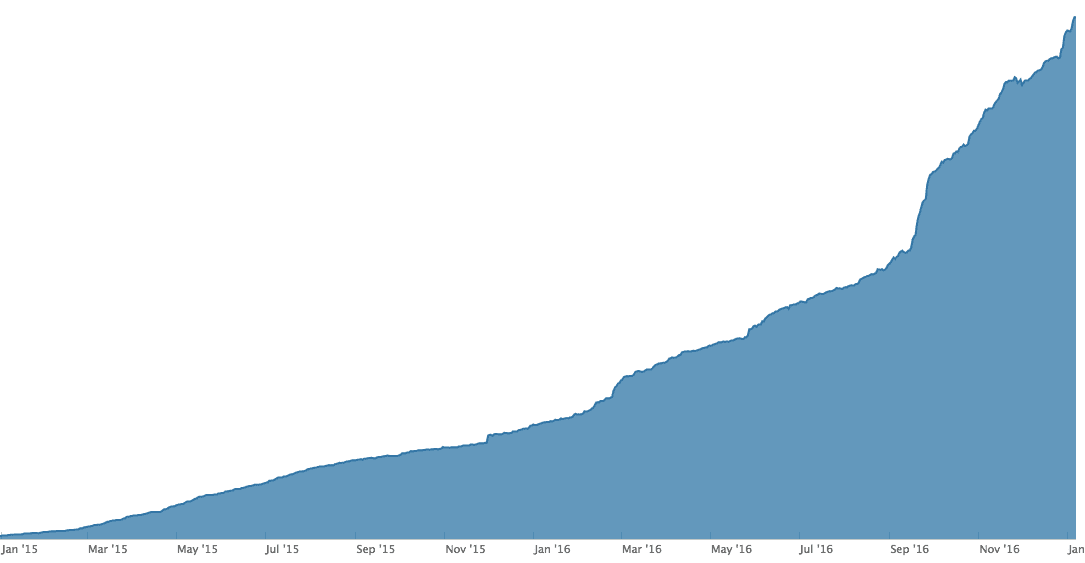 Many thanks for being a Joomlashack customer.

Joomlashack has served over 1 million people during 11 years in business. 2016 was one of the best years so far, and with we plan to make 2017 even better.

The Shack really is back!