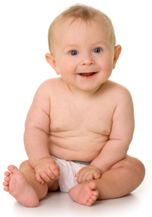 Chris Davenport, the documentation team leader for Joomla!, just announced the release of the Joomla! Installation Manual. Thank you to Andy Wallace for developing this manual. Great work!

We've all done it. There's nothing to be ashamed of. Have you ever installed Joomla!, only to realize that you've forgotten your administrator password? When that happens, there is nothing you can do but re-install Joomla, right? Wrong. Here is a website with a great explanation of how to reset your super administrator password, even if you can't log in to the administrator control panel.

Don't thank me. Thank them.

The goal here is to get a full-width page with no left or right modules showing.

First, you will need to create a menu item linking to the page to be displayed. This can be anything you want such as a gallery, wrapper, forum etc.

A list of all modules available in the LEFT position are now displayed. Obviously the only ones of importance are the ones that are published. Starting at the top, click on a (published) module title link.

When the page loads you will see several parameters. Look to the ones at the right of the page labeled "Pages/Items". These are the menu items (or pages) which the module is to be present in its respected position, in this case LEFT. Use your control or cmd (mac) or cntrl (pc) key to select or deselect multiple items. You can also use the shift key to select multiple items in a row. The menu item you created to be full width should NOT be selected because you don't want this or any other module in the left column.

Make your way down the list in your Module Manager through all the LEFT positioned modules with the above method and do the same for the RIGHT position.

Who is using Joomla? Does our survey tell us?

In April and May of 2007, Joomlashack conducted the first ever major survey of Joomla Users. Over 3,600 people filled out 31 questions ranging from how many Joomla sites they managed to what Joomla tasks they do most often.

The Joomla survey results confirmed many things about this powerful open source CMS, and also had a few surprises. Here are the results with some Joomlashack editorial observations!

How do I buy a Joomla template?

Getting a world class template from Joomlashack is now easier than ever. We have implemented a new system to give you total control over your purchases, invoices and downloads.

Read more: How do I buy a Joomla template?

As part of the Official Joomla Documentation program, this tutorial has been developed by Barrie North of Compass Design. As well as here at the official Joomla Dev site (dev.joomla.org) it is also available at www.compassdesigns.net in various complete formats, Word, PDF and HTML.

In this tutorial, we'll go through the steps of creating a joomla template. Joomla is an open source Content Management System (CMS) that is freely (literally) available and supported by a large on-line community. Specifically, we will create a template that uses cascading style sheets (CSS) to produce a layout without use of tables. This is a desirable goal as it means that the template code is easier to validate to World Wide Web Consortium (W3C) standards. It will also tend to load faster, be easier to maintain and perform better in search engines. We will discuss these issues in detail later in the tutorial.