Our JomSocial 1.6 templates are ready

Our friends over at JomSocial have been working furiously on a major new release. And now it's here and ready for your free trial!

JOMSOCIAL USERS: Joomlashack has two templates ready for the new JomSocial 1.6. Check out our JS Community and JS AppBox templates, on sale now!

JomSocial 1.6 has a slew of new features and improvements, including:

Did you know JomSocial offers a one month free trial for just $1?

Learn all about JomSocial and its many improvements with version 1.6. 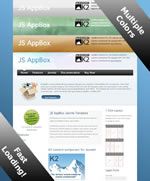 What is JS AppBox? A killer SEO, fast-loading template ready and waiting to style some of the best extensions available in the Joomlaverse.

AppBox is a native Joomla 1.5 template built to visually integrate Joomla and three of its best extensions: K2, Kunena Forum, and the must-have JomSocial.

Not yet familar with K2? K2 is the powerful content component that gives you enormous flexibility to place and display your content differently than your typical "out of the box" Joomla layout style. Learn more about K2 and AppBox.

JS AppBox is a web 2.0 template optimized with raw SEO power and easy style integration with best-of-breed tools to make your site engaging and sticky.

Check out these many features:

An interesting problem that we as the US have is our denial of Cyberwar. While this post isn't exactly about that, it's close. Last Wednesday night during or after the President's State of the Union Address, several congressional websites were hacked by Red Eye Crew. Why is this of interest? According to Praetorian Prefect, they were all running Joomla!

How To Send Email from Your Joomla Extension

Because of it ubiquitous nature, automatic emailing is something that many clients expect. People want to be notified immediately of changes on their sites -- when a new article has been submitted, or a blog comment has been posted. Joomla! already provides some of this functionality out of the box by notifying administrators when a user has registered on their site. You, however, may find yourself needing to implement emailing in your own components. As you may have already guessed, Joomla! provides a very helpful class for this: JMail.

Read more: How To Send Email from Your Joomla Extension 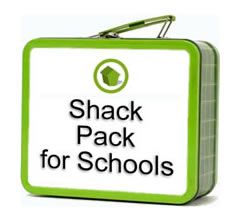 School Websites are challenging. Why not let the Shack Pack for Schools make it easier?

Back in 2007 Joomlashack released its first Shack Pack for Schools, built for Joomla 1.0.x and sporting our free Education template.

Now we're back with a new Joomla 1.5 version completely rebuilt to work with our Inspirion template, and stuffed with several outstanding extensions!

School Website Admins: the Shack Pack for Schools saves you many hours of research, fiddling, and Joomla configuring.

Our team of Joomla experts (some of whom are former high school teachers and administrators) have put together all of the tools and content you need to get started- all in one instant install package!

What's included in the Shack Pack?

For just $97, you'll get a complete school website ready for your immediate tweaking and configuration.

How to Create Select Lists in Joomla!

If you've worked with any kind of database-driven web application, you know that HTML forms are the foundation of the user's interaction with the database. Applications use forms to take input from the user and store it or use it to manipulate existing data. Unfortunately, HTML forms can potentially be quite tedious to write. In this article, we will look at a handful of helpful functions that Joomla! provides to save you time preparing your forms.

Read more: How to Create Select Lists in Joomla!

Automatically Update All Your Social Networks From Joomla

Would you like to be able to update your Joomla site and automatically send that update to Twitter, Facebook, Linkedin, MySpace, Ning and dozens of other sites?

This tutorial will show you how.

Our first part will be to create an RSS feed to export all our new posts. From there we'll use Twitterfeed.com and Ping.fm to distribute the posts to all our social networks.

First we'll use Ninja RSS Syndicator to create our RSS feed. (it has the unusual name because it's developed by a company based in Japan).

How's Your Patch Level? Establishing a Plan to Patch

It's about the middle of January of 2010 and in the news, Google was hacked by unknown's from China and Google is considering a few options, including a complete pull out of China. A large search engine in China (not Google) was defaced by the Iranian cyber thugs, Adobe was appartently targeted in the same attack as Google. And in other news the new BREECH report came out from the ITRC showing that overall while breeches were lower than the year before, the number of exposed records was higher. And as I write this article, this just came across my desk:

"Hackers have stolen the login credentials for more than 8,300 customers of New York's Suffolk County National Bank after breaching its security and accessing a server that hosted its online banking system. "
source: https://www.theregister.co.uk/2010/01/12/bank_server_breached/

What does this have to do with your Joomla site? Everything. Today I am discussing patching and patch management with you. For the purpose of this article I am going to refer to my personal favorite work on patching from ProjectQuant - Measuring and Optimizing Patch Management: an Open Model. A must read in my opinion.

Make it work with the outstanding forum extension, Kunena!

JS Community is a powerful, flexible, lean mean SEO machine. And now you can integrate two outstanding tools into your site- JomSocial and Kunena.

Unfamiliar with Kunena? It's an open source forum extension used on over 100,000 Joomla sites the world over. Check out our JS Community Kunena Demo to see it in action.

In October we launched as a "Joomla for Beginners" Joomla Training course, but with plans to become so much more. The incredible response (over 400 students in under 80 days) provided us with excellent feedback about ShackU and where we should take it.

What do our students want next? More learning! More Joomla lessons, more Joomla videos and Joomla tutorials, more information about how to grow their Joomla business in 2010. We've already doubled our Joomla training content in just 3 months!

Now we are pleased to launch our latest course, Intermediate Joomla Training, included as a part of your ShackU membership!

You're no Joomla beginner. What can ShackU teach you?