SOLD OUT is the first New England Joomla Day at the incredible Marlboro Graduate School in Brattleboro (also the meeting place of the New England User Group).

We Vermont-based Shackers are pretty proud of our not-so-little local user group. Thanks to the leadership of Marlboro professor and Joomla developer Jen Kramer McKibben, the user group has really launched this past year. Its first-ever Joomla Day is totally filled up more than two months ahead of time. There must be some seriously pent-up demand for Joomla training and networking in our region!

On the agenda for Joomla Day New England:

Joomlashack's Barrie North will be presenting (see above) and hanging out. If you wanted to attend but didn't register in time, let the user group know and maybe they'll put you on a list for last-minute cancellations. Hope to see you there! 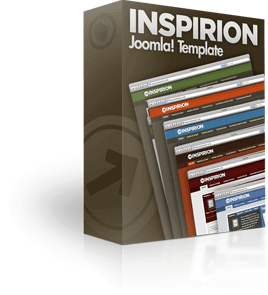 Got a medium-sized Web site in need of a good-looking template?

How to embed an RSS feed into an article in Joomla

In my most recent blog post about my 10 favorite Joomla! extensions, I embedded a news feed from Twitter to show the latest posts using the #t10jx tag on Twitter. Initially, I thought about finding a plugin that handled displaying an RSS feed in an article, since that would be the easiest way to accomplish what I wanted. Then I remembered the "Load Module" plugin and the "Feed Display" module that are part of a core Joomla! installation. I realized that I could embed the feed without installing any 3rd-party extensions. Read on to find out how to do it.

Read more: How to embed an RSS feed into an article in Joomla

In 2008, our sister site, Compass Designs ran a series of successful single day training classes for Joomla across new England. One question we was asked again and again was "when will you be running classes in 2009?"

People had mentioned interest in different types of classes and perhaps different locations. So, we have created a survey for anyone interested in Joomla training to fill out, and from that we'll be determining the most popular combinations of location and class type.

If you are interested in expanding your Joomla knowledge in 2009 make sure you enter in your choices!

How to Change your favicon (Joomla! 1.5)

Read more: How to Change your favicon (Joomla! 1.5)

How to Move Your Joomla! 1.5 Site to a New Server

Update July 15, 2010: I should have posted this a long time ago, but the BEST way to move your Joomla site to a new server is to use Akeeba Backup.

Read more: How to Move Your Joomla! 1.5 Site to a New Server

How to add a JomComment comment counter to your Joomla!-powered blog

Video on building a blog with Joomla

As promised, here is an article about one of the things I learned while upgrading How To Joomla to Joomla! 1.5. I have been using JomComment on How To Joomla for quite a while. You may have noticed that besides having the usual "Add Comment (2)" link at the end of each article introduction, I have also added a comment counter and link along with the "Written by...," date, section, and category, as shown in this image:

With the ability to override Joomla!'s core content output in a Joomla! 1.5 template, you can do virtually anything within your template. This tutorial demonstrates how to use template overrides to insert a JomComment comment counter anywhere you want to add it in your articles.

Read more: How to add a JomComment comment counter to your Joomla!-powered blog

You may have noticed that Joomlashack is now running on Joomla 1.5. We did a stealth migration yesterday.

We had one problem we needed to address, and it took a while to figure out, so we thought we would share the solution for others.

Our old site used Joomla 1.0, as I have mentioned before, we wanted to make sure we did a 301 redirect of the Joomla URL's so Google would quickly pick up the new ones and pass the pagerank to the new pages. The problem however was that our 1.0 site used the raw URL:

We rapidly discovered that mod-write unfortunately will basically ignore all the php parameters here. You can't get rewrite to pay any attention to them. 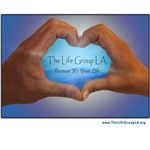 The Joomlashack community has spoken: The Life Group- LA is the winner of our 2008 Charity Contest!

LGLA narrowly edged out the very worth Global Conservation Assistance for first place. Joomlashack is proud to present a $1,000 USD contribution to the Life Group LA.

The US Joomlaverse expanding in 2009 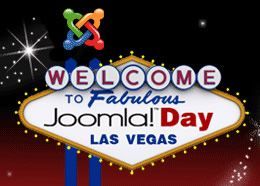 With Joomla so popular now that even Paris Hilton uses (and breaks) it [Editor note: It seems early reports of Ms. Hilton using Joomla are not accurate- see the comments in the original post from Joomla core team representatives], it's no surprise that new Joomla User Groups (JUGs) are popping up all over the map.

The latest is in Wisconsin, where the Milwaukee User Group will hold its first meeting in a couple weeks. A few of us Vermonters call the New England User Group home, which has grown to an impressive number and is now helping spin off another new JUG in the seacoast region of New Hampshire (near Portsmouth.)

And then there are Joomla Days like the upcoming one in Las Vegas. Unfortunately we'll never know what happens there, because what happens in Vegas... So you'd better find your own local Joomla User Group and/or Joomla Day to attend!

If you are involved in a JUG or Joomla Day and think we should blog about it here on Joomlashack, let us know!